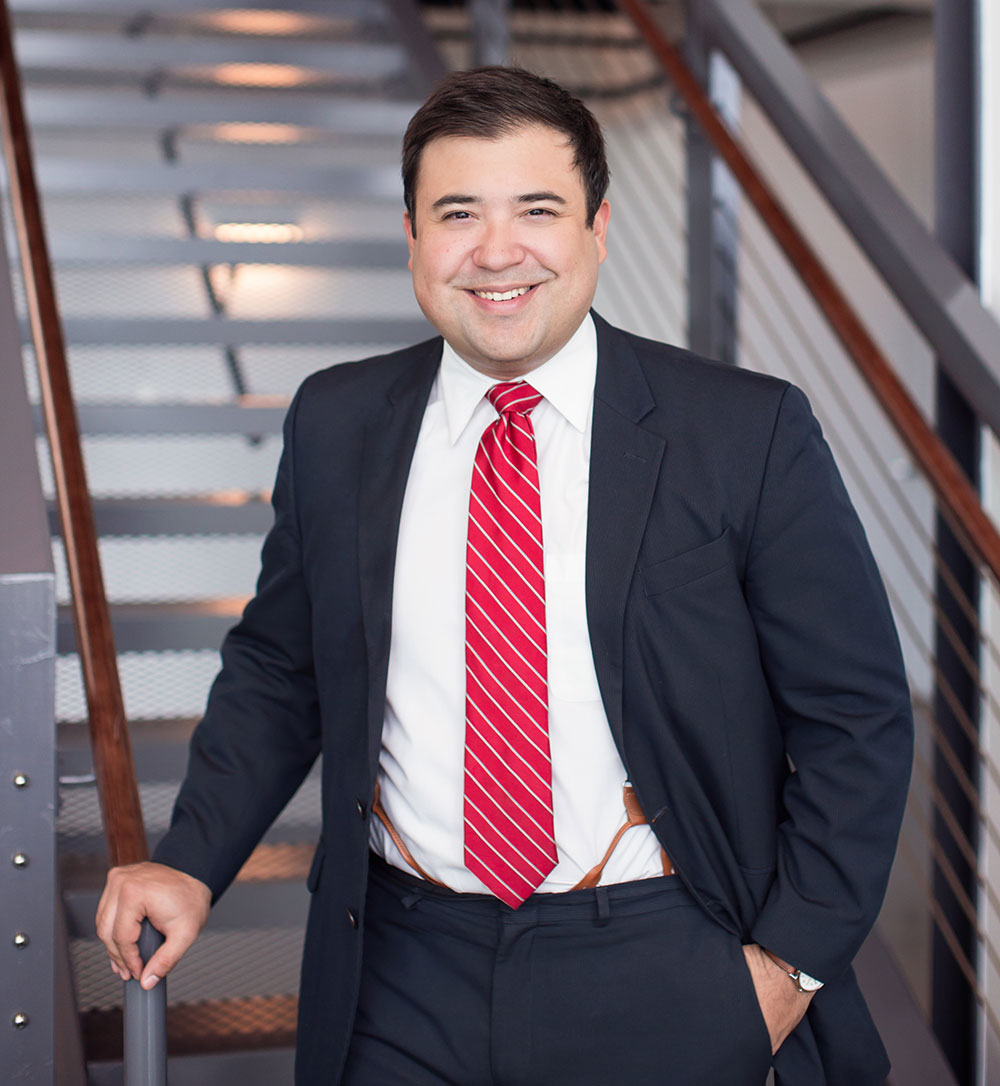 David Ortez is a native Houstonian and proud Texas personal injury lawyer whose primary focus is catastrophic motor vehicle collision cases. He brings devoted attention to each and every case, no matter how big or small the matter may appear.

David earned his Bachelor of Arts in Government from the University of Texas at Austin and his Juris Doctor from the Thurgood Marshall School of Law at Texas Southern University in Houston. While in law school, David clerked for law firms involved in personal injury cases and helped manage complex litigation dockets. During his clerkship, David worked tirelessly to help victims successfully bring their products liability actions against negligent medical device companies.

During law school, David joined the Board of Advocates. Additionally, he also edited articles for publication in both the Law Review and Law Journal. David competed in, and won, the Helen Dawn Williams Mock Trial Competition and co-authored the Best Brief in the Henry Doyle Moot Court Competition. Finally, David earned The Center for Computer-Assisted Legal Instruction’s (CALI) Excellence for the Future Award when he received the highest score in his Trial Simulation class. David also earned a Masters of Law from the University of Houston Law Center where he trained as a mediator. Upon graduation, David worked at a mass torts law firm for over 6 years. During his tenure, David managed a docket of over 7,000 complex products liability cases and helped secure a multi-million settlement on behalf of his clients.